Iconic Items of the Tarantulas

The weapons available within the armies regularly changes as new crafters come to service and older weapons are lost or destroyed, but here are listed the very finest of our artefacts.

The Artefact weapon of the Tarantulas Nation.

This iconic blade has been at the forefront of every major conflict the tarantula faction has had, with it's distinct elven heritage clear in its design.

The Dagger of Injustice

When the Exiles, Tarantulas and Scouts Guild were strong allies they in a combined effort stole the Hammer of Justice Artefact from the then Champion of Law/Militia Guild.

In order to destroy/fence the item they threw the Hammer of Justice into the Pits of Taxation. However part of the deal was that the pit would grant a boon to those that submitted to taxation and it threw back the Dagger of Injustice to them. This Artefact Dagger was permanent and had been in the Tarantulas faction ever since, with House Cruentatus being the custodians. However since the cataclysm its strength and power changed, it lost much of what it was however it became one of our Iconic items as there was no possible way we could let an item with that much history go. It is typically used now by the faction assassins as a sure fire way to break the ritual of peace. It was gifted to the faction by House Cruentatus to maintain its iconic status.

This tome contains the collected knowledge and wisdom of the Mistrivven family, collectively some of the finest ritualists to have ever graced Erdreja. Over time, the knowledge and power poured into this tome have given the book itself a power, with a number of creatures trapped within.

At some point in time, the tome was lost. Yet its relevance was clear to all who took ownership - for they continued to add further power and knowledge to the book, introducing new arts and changes from cataclysms.

Now the grimoire is once again in our control, and its power and knowledge is ours to utilise to further our ability within ritual magic.

The Crown of Ineluki was made in 1118 using the original materials and techniques that later became the Crown of Unlife. The crown was originally intended to bolster Ineluki's weaknesses, before it was corrupted.

This new version, has already become a powerful item, granting a significant boost to the abilities of any form of casting. 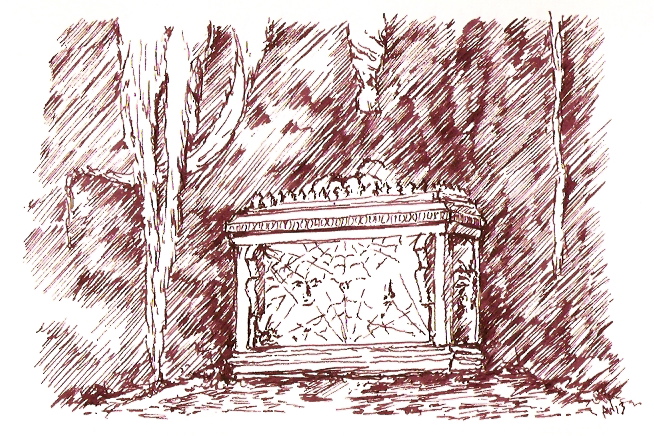 Ancient Daggers, one keyed to each of the four elements of creation: Earth, Air, Fire and Water.

The holiest of relics and the strongest focus of Lolths power on this plane.

The Arc of Lolth is the final resting place for the remains of lothiriel. It is also commonly used to house the most precious relics of the pantheon.

The Arc can regularly be found as the focus and centre point of a great number of faith based ceremonies. It is currently protected at the Ancestral Grove at Dark Haven.

The Cup of Lolth

Read More: The Cup of Lolth

Used as one of the sacred items of the Paladins of Lolth. They pray daily without fail and the Cup of Lolth is used as part of this religious ceremony.

It is used to symbolise the strength Lolth gives to her followers both in life and unlife. As such is a powerful healing item for both the living and unliving players within the faction. It is typically carried by the most senior player female Drow Illharess/Matron Mother in the faction. Hence our decision to make this an Iconic Item.

In recent years it has been entrusted to the healers and corruptors of the faction to ensure such a powerful gift is put to use. Though the followers of Lolth are always careful to ensure it does not fall to the hands of heretics.

The cup of Lolth was finally buried within the Ancestral Grove and returned to Lolth during 1115, the sacrifice of power being used to help heal the damage done to Lolth during the war against the Guardian.

The Crown of Unlife

This one should speak for itself but this has been in the Tarantulas faction for the best part of over a decade. It was originally combined in a ritual with the Crown of Evil. When together they made the wearer immune to all levels of Incantations and nullified all the downsides for being unliving such as being dismissable, not able to walk in the day if a vampire, detecting as unliving. It was worn for many years by Lord Lastarius Cruentatus who was the main custodian.

Prior to the cataclysm Satuun had taken the crown back as a tool of the Cadre War. During the final Gathering battle it was to be used as one of the objectives on the field however it was stolen from the battle when it was placed at one of the target points by Styx Cruentatus.

After the cataclysm the Crown of Evil part had been stripped out of the combined item leaving only the Crown of Unlife. We have been using it as one of our Iconics ever since then and is probably the most used and sought after Iconic in the faction. It was gifted to the faction by House Cruentatus to maintain its iconic status.

At the Summer Moot of 1117 the Crown was severed of its link to the unliving and ancestral planes. It was destroyed during the process.