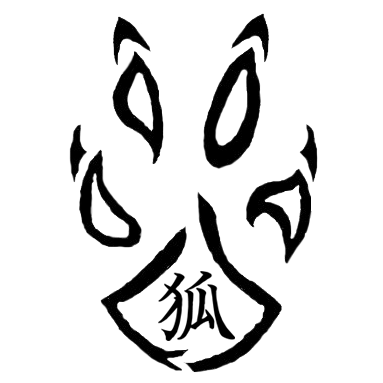 Comprising of (mostly) Nihonese Foxkin, Den Kage-Kitsune specialise in the crafting arts, primarily Alchemy. Formerly a vassal family of Clan Kage, the Den split to better serve the Tarantula Nation as a whole. While some diversity exists, the Den's primary Ancestor is a being known as The Vixen (though some speculation exists as to whether this is merely a pseudonym for another Ancestor, such as the Nihonese Ancestor "Kitsune"). The Kage-Kitsune currently reside on the outskirts of the Clan Kage held city of Ichi no Kage, better known as Sunder Falls by the rest of the Underdark.

Adopted in the Spring of 1119, the Kage-Kitsune's new symbol features a stylied paw print with a Nihonese glyph embedded in the "palm".