The Underdark is a vast network of caverns that lie underneath the Heartlands. Although the caverns extend the length and breadth of the Heartlands, the Tarantulas currently only control/inhabit those caverns beneath the lands of Cymerija, Erin, Albion, Caledonia and portions of Norsca and Teutonia. The Underdark is a warm, damp realm, where the only light is supplied by phosphorous fungus and dangerous predators stalk deserted passageways looking for the unwary. If the residents and creatures that make their home in the Underdark wasn't dangerous enough, the caverns and tunnel's regularly shift and change, making even the simplest journeys far more hazardous.

It is an environment in which only the strong survive.

The inhabitants of the Underdark have sought out the largest most defensible caverns and built their heavily guarded walled cities, in which the various Houses of the Tarantulas have made their homes. 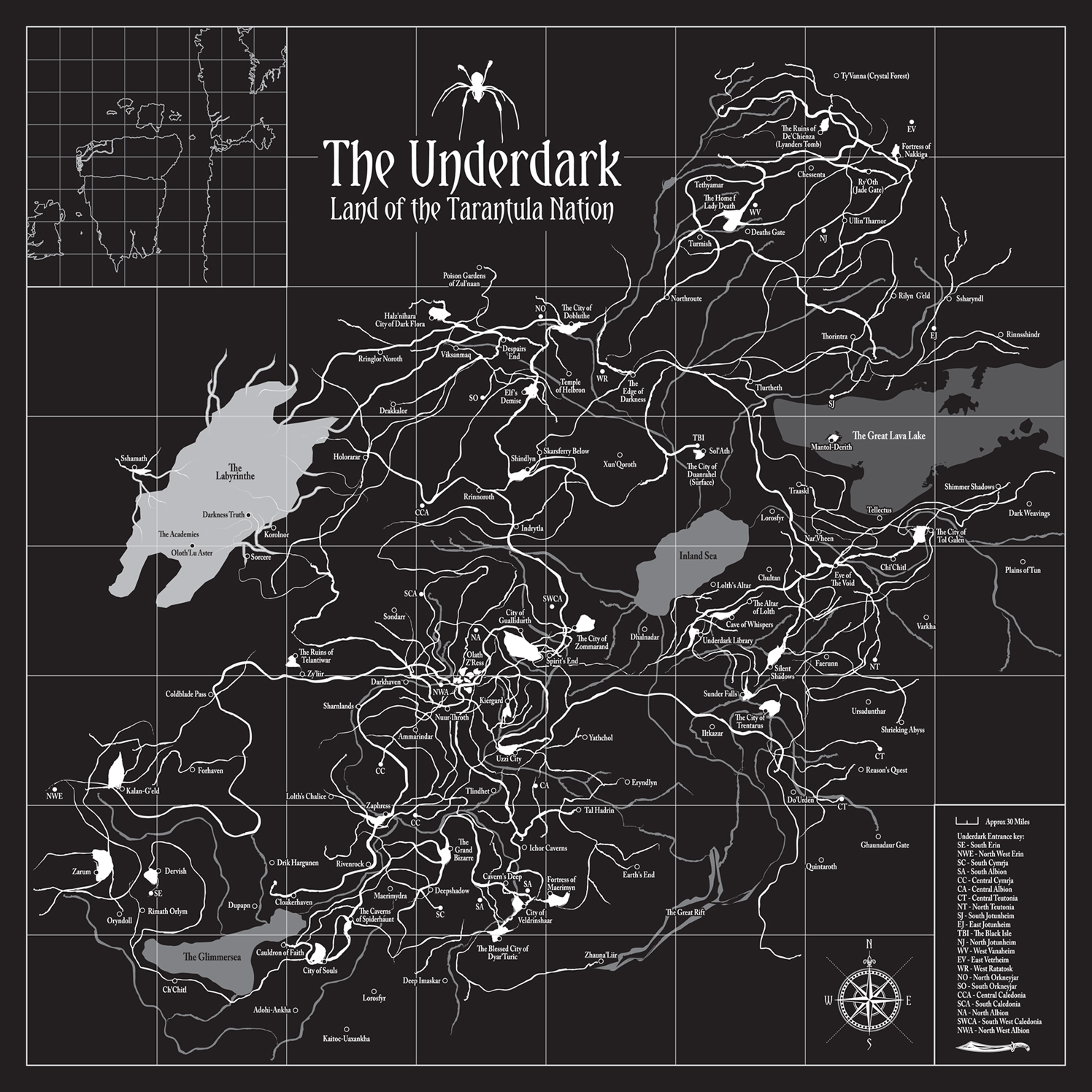