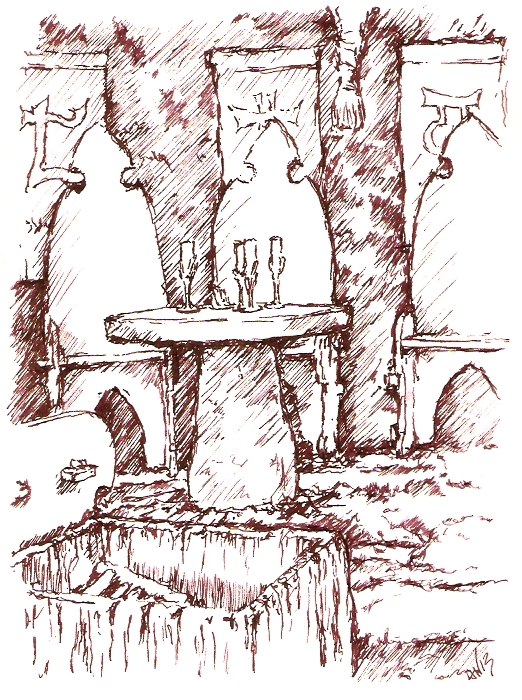 The Tarantulas are by tradition a Matriarchal society. This is largely from it rising from the remains of the last Drow empire, and with the Drow being Matriarchal the nation followed suit.

In the early years of the Tarantula Faction the many noble houses fought to have their Matron (also known as Il'haress) lead the faction. A peculiar peace lasted for a time when the noble houses decided that the Matrons of each house should sit council, and together they would rule. This inevitably lead to more infighting as houses vied for dominance of the council.

One matron however stood above the rest. When Araushnee Naxos D'Fey rose to lead she claimed the title of Val'sharess (Queen of Queens). In history this was the most respected position within the drow nations. When such an old tradition was revived the noble houses all rallied behind it, and this tradition has since maintained. The word of the Val'sharess is beyond question or doubt, and loyalty to her and her cause unwavering. This position is not hereditary; instead it falls to the most respected and trusted of all the drow.

The following list dictates, as the Val’Sharess commands, those who are permitted to speak with her authority whilst the faction is on deployment and on which issues. These positions are granted, and taken, by her will alone and the chosen understand that failure in their duty will result in death.

Matters of governance and local law are determined by the ruling household of the region. Barring direct intervention of the Val'sharess, each household has complete autonomy.

Empress Triel Al'tath has named Tathal to stand as her regent, to lead the faction and speak with the voice of the Val'Sharess

Ventash'ma wu'suul
This role serves as a direct advisor to the Val'sharess, as well as holding responsibility for all matters regarding internal faction politics and actions.

Ventash'ma do'suul
This role serves as a direct advisor to the Val'sharess, as well as holding responsibility for all matters regarding external politics and actions.