Details
Written by The Balance of Ineluki

It has come to my attention, that many do not know the nature of the Reverie or the Sundering Wars that brought us to where we are now. Many details seemed to have been lost during Triss Kerithrions great purge.

So I have attempted to collate my memories of that time, and detail how it is Incantation was born.

An Age of Wonder 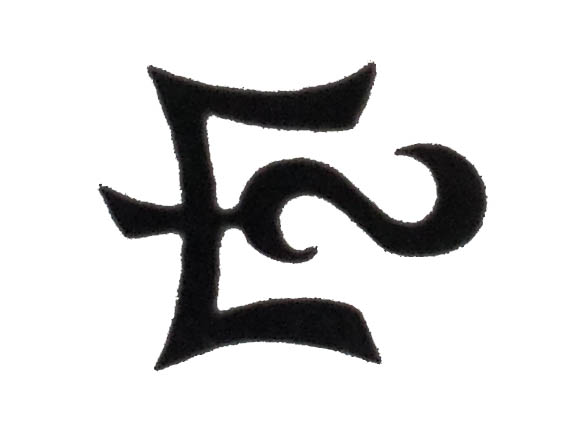 To begin this story, we must understand who the story is about, and from the perspective it is told.

I am the Balance of Ineluki Mistrivven, the calming force that allows the memories of Ineluki and Dracos to co-exist as one coherent being. However this tale is about the most beloved Golden Twin, Lothiriel Cancarneyar. This is ultimately the story of Lothiriel’s death and the many betrayals surrounding it, and whilst all of Erdreja felt her death, none felt it as greatly as her twin brother, Ineluki. As such this perspective is the story as known by her brother, with all the loss and pain that only love can feel.

During Erdreja’s creation the Elves were brought to Erdreja, and were tasked with guiding and nurturing the young dragon. Each Clan of elves appointed a leader, for the Illythiri clans Lothiriel Cancarneyar is named. Her intelligence, wit and good nature quickly saw her ascend to be revered as a leader for all the clans of Elves.

For a few years the Elves explored their new home, new families were created and bonds formed between the clans. It was an age of growth, of learning and one that was the perfect inspiration for the young dragon. That was until a strange affliction began to affect all the Elves.

Time had been introduced to Erdreja, and the elves were ageing – affecting those born on Erdreja much more rapidly.
Many masters of magic began to research this new and strange power, the elves even tasted their first experience of war and death in their search to prevent this ageing affect. It was during these struggles that Ineluki felt his first taste of loss at the death of his Grandaughter at the hands of what had once been his finest student, Lyander Al’tath – but that’s another story entirely.

During this ritual, the first great betrayal occurred. Evron Satuun, a trusted friend of the Elves had agreed to assist them with this ritual yet he used this opportunity to plunge his dark dagger into Lothiriel’s side, introducing the darkness of death to Erdreja’s direct view and understanding.

For a time nobody could understand what had happened, Evron was and had always been a friend to the Elves, that he could perform such a vile act seemed impossible.

The death of Lothiriel was felt by all upon Erdreja, and even Erdreja herself. There was so much love for Lothiriel, so much pain at her passing that Erdreja refused to allow her to cease to exist. It was in this moment that Lothiriel was saved from oblivion, and Erdreja created the ancestral planes for her.

Of course it would be many years before anyone would even begin to realise this had happened.

In their pain and sadness, a great period of mourning began, and would become known as the Reverie. Many of those closest to Lothiriel went their own ways. Her brother Ineluki returned to Asu’a with his wife Kadriel, sending his daughter Sadeila to represent him on the council. Larethian also went his own way, and wasn’t seen or heard from during this period.

This period lasted for over 100 hundred years, until at last a council meeting was called. There was a great emphasis placed around this meeting, its uniqueness was such that Ineluki returned from the fortress of Asu’a and even Larethian returned to Morias. This is the first time the full council had assembled since Lothiriels Funeral.

During this council meeting Rulien Sylvanost called for the end of the Reverie. He felt it was wrong to hold onto and to revere the memory of the fallen queen.

All that were gathered could feel the burning rage and anger of the Golden Twin. Ineluki, predictably quick to anger, threw himself from his chair and launched at Rulien, his younger siblings Eilistraee and Selvertarm quickly interceded to calm him. This commotion had drawn the eyes of all at the meeting, and nobody had noticed that even Larethian had fallen to anger. A ceremonial knife in hand, Larethian swung for Rulien, and despite striking no more than a glancing blow - a deadly wound struck his flesh. All around could feel the power in that blow, for it was caused by no natural strength. In his anger, he had called out in memory of Lothiriel, and in his wife’s memory wished to cause great harm to Rulien, and so it was done.

This was the first incantation.

All were stunned. Such a huge amount of anger and hatred had burst through the room in that moment, and even more surprising was its source. Larethian fled the meeting, fearing not only reprisals but also his own actions. Officially the Reverie had ended, but something new had begun.

This new power posed many questions and curiosities, and in a bid to understand it Shoal Mistrivven, Lothiriel’s eldest nephew, led the attempts to understand and codify this new source of magic.

In the time that followed, the elves began to use this new Incantation magic as a clear sign that the Reverie must be ended, that the memory of Lothiriel is dangerous. But for those that now had a way to remember Lothiriel, to draw on her power and strength - that was not an option.

A division began to grow throughout the Elven clans. After some 800 years, fear finally gripped the Elven clans and they decided to outlaw the use of Incantation. The Golden Twin had already retreated to Asu’a in anger at the elves that would deny his sisters power, soon many other clans followed suit. The Illythiri and Miyetari pulled their people back to their lands in the entirety.

The Call of War

Kadriel Mistrivven, Ineluki’s wife, led a delegation to meet with the council, to plead with them to overturn their decision. Kadriel was well respected with the council; she was a notable leader in her own right. With Larethian’s help, the council was swayed by her plea and agreed to suspend their decree. However, as she returned to Asu’a to deliver the news they were ambushed, Kadriel Mistrivven was killed. Her son, Shaol survived this attack and was able to deliver the news to Ineluki.

Ineluki summoned a great host of elves, his wife had been slaughtered whilst under a banner of peace, the elven council was wholly to blame, and Ineluki intended to summon every allegiance and every debt to avenge this loss. No family had suffered more or lost more than Ineluki’s, and he refused to allow these Elven clans to remain in peace for their atrocities.

The Illythiri, Miyeritari and some Aquillari clans answer the call, and their war host marched south against the elven betrayers. The combined forces of the elves were no match for the anger and Incantation yielded by what had now become known as the “dark elves”, that is until the Lythari clans led by Larethian finally chose a side. He sided with the Elves.

In his anger he retreated further into his own dark thoughts, no longer even taking council from his family. It was in this anger that his passion and rage for destruction, as well as his hatred of Elves became truly famous. It was now that the name Dracos, or “The Rage of the Dragon”, was born, as well as the mostly deadly ritual team to have existed – The Red Hand. Between the powers of Incantation, and the ritual powers of the Red Hand and Shoal Mistrivven, the Elven forces were pushed further and further back, to the very edge of defeat.

Both sides could see the situation this war had come to, so Shoal Mistrivven led a delegation to broker a peace with Larethian. It was clear that some in the Lythari did not wish to see a peace brokered, for they unleashed a vicious assault against this delegation, slaughtering them all before talks could even begin.

This was a devastating blow, both for the Golden Twin and the Dark Elves forces. Shoal had been a leading force in their war, and was a significant loss to the teachings of Incantation. Ineluki, in fearing for his family called his immediate family return to him at Asu’a, however Saidella was killed attempting to make the trip back to their lands.

Having now lost his twin sister, wife, daughter, son and granddaughter – Ineluki could take no more. Betrayed time and again by those he would call friend, even family; Lyander, Evron, Rulien, Larethian.

Ever since that first knife cut into Lothiriel, piece after piece of his heart had been cut away, leaving nothing but rage.
He summoned the Red Hand together, and began a series of rituals that would cause deadly storms to strike the lands of Sylvani elves. These storms lasted for fives year, and almost everything inside them is destroyed.

Unfortunately, during this time the war turned against the Dark Elves. Despite a number of successes, including the ritual storms, and a deadly strike against the heart of Morias led by Lualyrr Kerithrion, the Dark Elves suffer. Much of Clan Arryvandaar’s lands are destroyed by ritual magic and they become the first to start evacuating people into the Underdark.

As Lythari forces push against Clan Mistrivven, Ineluki neared completion of his greatest work. The Ritual of Unbeing, designed to eradicate the entire Lythari bloodline. The line of Larethian, who he now feels has caused the greatest betrayal to Lothiriel and her memory.

As this ritual reaches its peak, Ineluki realises that he had been manipulated by Evron Satuun. The power he is shaping isn’t as he intended, to continue the ritual would spell the destruction of the Illythiri bloodline instead.

Rather than risk this, Ineluki detonated the ritual circle at Asu’a, knowingly sacrificing himself.

The resulting power destroys the city, and most of the Lythari forces. Rael was performing a supporting ritual at a linked circle and realising something was wrong, transported to Asu’a to discover the destruction of the city, and his grandfather lying dead in the circle. Rael then saw to a rite of dedication, dedicating his grandfather to Ineluki. Dedicating him, to himself.

In his death, the name Ineluki was banned, and may only be known as the rage of the dragon, as Dracos. He became an ancestor representing the hatred and anger the dark elves felt at the betrayal of the elves against Lothiriel. This is why his story is so closely linked with Lothiriels, the Reverie and the Sundering.

This was the last great act of war. The Dark Elves had suffered too many losses, lost too many influential and skilled leaders so the war quickly fell in favour of the elven forces. Unwilling to surrender the memory of their beloved Lothiriel, the dark elves were left with no choice but to retreat.

Clan Aryvandaar had opened the way, and created them a path into the Underdark. Gradually more and more clans of the Dark Elves followed this route, and the Underdark became their new home.

2810 years since the beginning of time, the Dark Elves founded the city of Telantiwar, the Sundering War had ended and the first Dark Elven Empire began, but that is another story entirely.